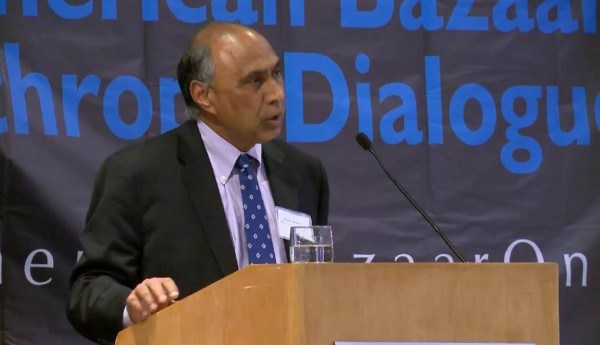 Entrepreneur Frank Islam was honored with Philanthropy Leadership Award by TwoCircles.net (TCN) during the news organization’s ten-year anniversary celebration in Boston, on May 22.

While Islam could not be present to receive the award personally, he sent a statement that was read on the occasion which described the distinction as “special” due to of the nature of the manner in which TCN gives “voice to the voiceless, hope to the hopeless, and [stamps] out the stereotypes that others may have of Muslims.”

Islam said that he see his philanthropic activities as “strategic investment in the future” rather than simply as charity.

“I engage in philanthropy not only to pay back for what I have been given but also to pay it forward so that others can give as well,” he stated in the speech that was read by proxy at the ceremony.

Islam has been involved in civic and political issues affecting India. Earlier this year he donated $2 million to Aligarh Muslim University (AMU) to build a new School of Management Complex and endow a “Chair for entrepreneurship and innovation at AMU.” It currently stands as biggest donation AMU has received in its history.

“TCN takes its name from Maulana Muhammad Ali Jauhar, who said: ‘I belong to two circles of equal size, but which are not concentric. One is India and the other is the Muslim world.’ As I read that quote, I thought that I belong to three circles, India, the Muslim world, and the United States of America,” Islam further elaborated.

“The statistics on Muslims in poverty and without education here are stunning,” he continued. “Many of your Muslim brothers and sisters need assistance. Your commitment to helping make things better for them could make a difference for a lifetime – both for them and for you.”

AMU made me what I am today: Frank Islam at foundation ceremony of complex named after him