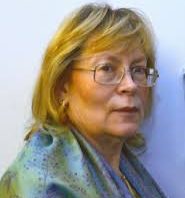 Debbie Driesman has lived in the Washington DC area for the past 3 decades, having grown up in Ontario, Canada.She worked as a computer engineer in NASA’s communication division at Goddard Space Flight Center until she retired in 1999 to oversee the construction of a home. She and her husband Frank Islam have since built another new home in Potomac, MD.  Debbie has been involved in the Potomac Area Newcomers Group since 2002. Debbie is the Vice President of the Frank Islam and Debbie Driesman Foundation.